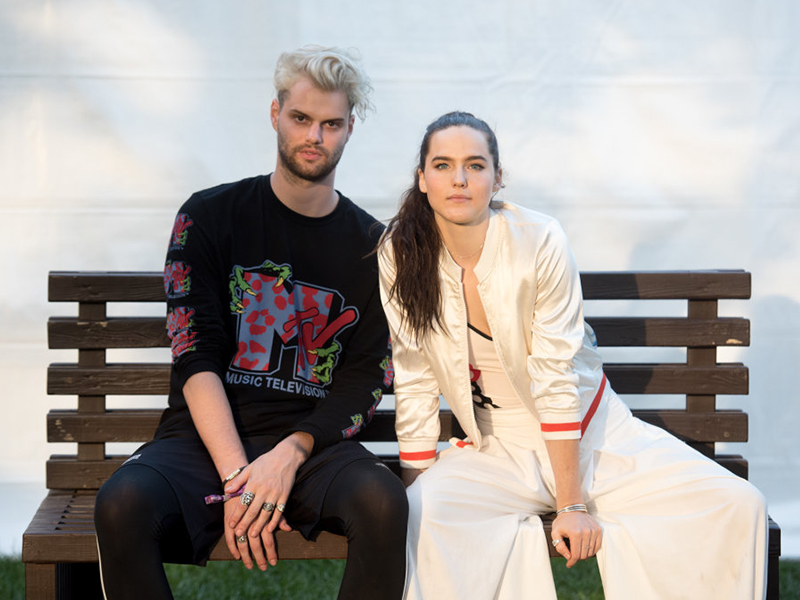 Sofi Tukker is comprised of Sophie Hawley-Weld and Tucker Halpern (get how they got their name?). They’ve been around, at least to our attention, since the release of their first EP back in 2016 called Soft Animals, which spawned the Grammy nominee for Best Dance Recording, “Drinkee.” They’ve just now released their debut LP, Treehouse, which is one of the better electronic dance pop albums that I’ve heard in a while. If you’re not familiar with the duo, you probably already know a few of their songs. Turns out, Apple loves them. The tech giant has utilized not one but three of their songs–the aforementioned “Drinkee,” and two from this album, “Best Friend” and “Batshit”–in their iPhone commercials. But enough about that. We’re here to discuss “Benadryl,” the as-of-now non-single from their remarkable debut.

It’s actually really funny. The song opens with “I lost my sanity with my socks.” And with that, I now pronounce this grouping of words as the best lyric of the year. Compared to the rest of Treehouse, “Benadryl” is more subdued and less hyper, though I bet you could still dance to it. Much like the medicine, the song dulls your faculties and makes you feel like you have a cold (much like I am now, no really, I, and a large sum of LA are actually sick because our weather is incapable of making up its mind). It’s a straight-forward and slightly cryptic break-up tale about Sophie wanting to end things “cause [she] got some things to do.” Tucker shows up in a couple of post-chorus bridges inspired by “Apaixonada,” a Brazilian poem written by Ana Cristina César. The segments detail how Sophie’s love interest made no effort in stabilizing their relationship. On paper, it sounds serious; but the song contrasts well between the dreamy production and playful lyrics.

I really would still recommend that people listen to Treehouse if “Benadryl” is not a boat floater. Lucky for you, the over-the-counter drug does not sound like anything else on the album. Check out the songs that were picked out by Apple. They’re not wrong this time.