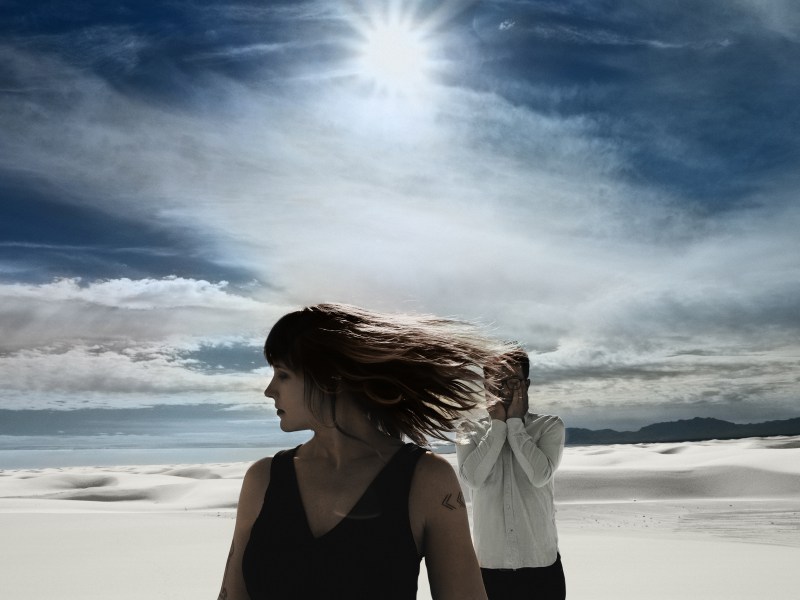 Right, I keep meaning to bring up Wye Oak. They are a duo consisting of Jenn Wasner and Andy Stack, having formed in 2006 and made six albums to date. Wasner had done previous and parallel work as part of Dungeonesse and as a solo act called Flock of Dimes, respectively. Stack had done smaller projects mostly related to being a touring drummer and remixing tracks for Sylvan Esso and other artists. They’ve garnered a lot of critical attention and a strong following, but it wasn’t until their latest album, The Louder I Call, The Faster It Runs, that I’ve ever listened to their music. They’re described as indie rock/folk, which is true, if a little vague. From my sphere of music, they remind me a lot of the album Hairless Toys by Roisin Murphy. Though Murphy is clearly an electronic act, and Wye Oak isn’t, they both share this airy atmospheric direction in their songwriting and music. It’s laid back but layered, giving a lot of breathing room when listening to their music and understanding the mood Wye Oak is setting.

“It Was Not Natural!” What was not natural? Apparently, what was not natural was something that they found in the woods, which makes them reflect on the present state of their own selves. Is that true? Probably. There is a description from Wasner about what the song is about, but I don’t think it’s any clearer than what I just said. Hang on, Ellis, talk about good things. It’s just a really comforting song to listen to. I feel like a lot of songs that tackle existential crises are way too loud; but this song is at just the right tone and pace to tell its story and allow the listener to digest and understand. The synthesizer is pretty cool as it gives this sort of supernatural rift between the usual and the unusual, which I think was the point given in the video. Speaking of the video, I recommend watching the video if you want to see the saddest scrambled eggs in the world.

Not enough of an existential crisis?

“It Was Not Natural” isn’t actually my favorite song from the album, but I had a tad bit more to say about it than “Lifer.” “Lifer,” thematically, connects with me a lot stronger. It’s about pleading for someone to truly appreciate life and live it to the fullest. It’s been the latest push for me, personally, to take risks and chances and to embrace the possibilities of the world, so this obviously resonates with me. Musically, there is a really nice chord that adds to the methodical edge of the whole song.