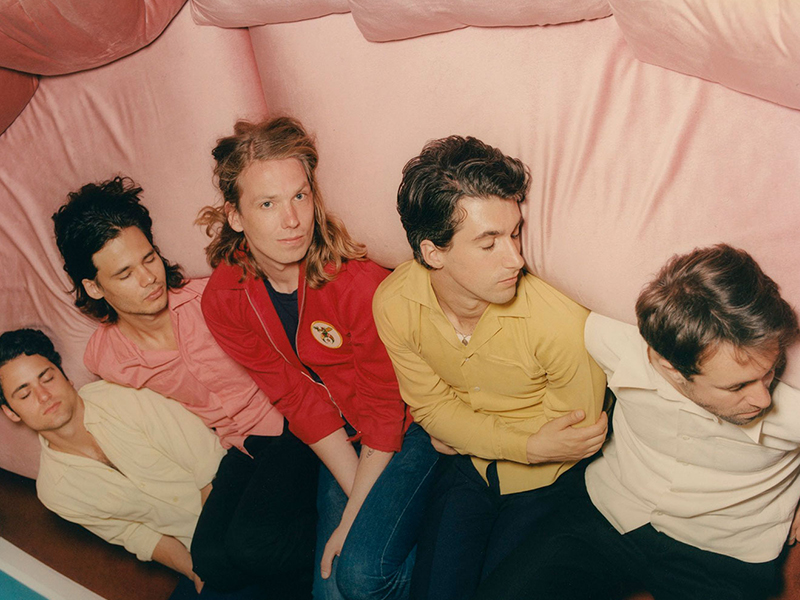 It wasn’t until The Vaccines released their 4th album, Combat Sports, have I begun to acknowledge their existence. That would’ve almost disappointed me if it wasn’t for music critics explicating this album as their best; meaning, I didn’t miss out from taking in their peak performance directly, and didn’t need to be there when they were still trying to figure purpose into the equation and distance themselves from people comparing them to rock legends. Of course somebody would’ve been disappointed. It’s probably the worst thing critics could do to rising talent (see Viva Brother for details). But it seems as if the English band have reset their musical strategy and are finally having fun. Combat Sports’ noisy synth-y dreaminess is a totally cohesive blast.

The first song that came to my attention was “Nightclub,” which immediately drew me in by its whimsical use of metaphors (“she said she only thinks of love like a long weekend”), temperamental chorus (“It makes my head feel like a nightclub”), and similar but darker “One Way or Another” guitar riffs. But I gotta say, “Your Love Is My Favourite Band” with the British “u” spelling is what makes me hump the walls. Ever since Beck released “Dreams,” I’ve been obsessed with that sort of funky Britpop-y lovey dovey exertion that’s always a lift to any tough day.

Last year, I couldn’t help myself from featuring 4 romantically-inclined tunes in my year’s top 10. “Your Love Is My Favourite Band” could more or less stand up with those tracks. I know it’s slightly cheesy (“I knew you wouldn’t understand | but your love is my favourite band”) but I think that’s the point. It simply goes well with the rest of the album and it happens to be a playful, and possibly unbearable (if you’re listening to it 3 or 4 times straight like I’m doing right now), piece of their fun energy.

If you’ve broken up with someone or are just not in the mood to feel happy, I still recommend listening to the whole album. The aforementioned “Nightclub” and first single “I Can’t Quit” will help massage your darker inclinations and keep them as is.