For a whole year, we’ve been collecting songs and albums and featuring them on our various podcasts. Now, we’re taking turns to personalize some of them and some of others for our top 10 songs of 2017 lists. Here’s Damon’s….

Carly makes yet-another exuberant, extremely danceable love track and she didn’t even need to put out an album. “Cut to the Feeling” is jam-packed with fun beats against a wave of euphoric synth-pop. She knows what she wants and she’s fucking going for it.

Originally created for the film Call Me By Your Name, “Mystery of Love” tackles the absence of love from someone who’s still in love or not ready to let go. It fit well within the film, and even took the scene during when it was played to another emotional dimension that pushed us to feel the intensity of the character’s spirit.

END_OF_DOCUMENT_TOKEN_TO_BE_REPLACED

every Tuesday, we feature a queer musician, artist, band, or producer who has/have put themselves out there with their newest work.

our Queer Of The Week, or QUEEK, is Perfume Genius with their album No Shape.

check out our full review of No Shape by Ellis Pomirchy.

Sometimes changing the tune even just a little bit is all that’s needed to bring in more fans. Perfume Genius attempts to do this with fourth album No Shape, which is a subtle but effective diversion from Too Bright’s lo-fi and pop arrangement. No Shape is more instrumental, with a strong presence of piano, guitar, and many other instruments that I cannot possibly identify. When I mentioned “more fans” in the first line, I mostly meant myself because no matter how many attempts I made, Too Bright simply did not appeal to me. However, the music arrangements in No Shape create an eerie balance alongside a distressed and lost character in the midst of great change.

If there is any song that can make me doubt about dismissing anyone, it’s “Slip Away.” It’s not only a terrific song, but one where each and every step is both beautifully crafted and chaotic. The music is mechanical, like a lumbering machine unencumbered by disaster. This contrasts well against Mike Hadreas’ airy vocals, giving credence to the distress of the situation and futility of love breaking “the shape we take.” Considering the album is called No Shape, the circumstances are made quite clear.

“Just Like Love” is a perfect example of how taking a more instrumental direction allows for a more diverse listening experience. Where Too Bright’s music was as airy as it’s singer, No Shape goes for more stronger sounds. A high-toned keyboard switches quickly to a bass arrangement followed by an electric guitar that’s smoked too many guitars. The progression of the song is unpredictable, which is really exciting. You want to finish the song just to figure out what comes next.

“Sides” is a special collaboration with Weyes Blood where they play a frustrated couple. Hadreas plays a boyfriend trying to break through the emotional barriers of their significant other, where the struggle is heightened by an anthemic guitar arrangement. Blood steps in for a more tranquil part of the song where her melodic vocals sing how “it ain’t easy to love” her. This is turned on its head when both join to say “baby, it ain’t easy to love,” showing that they both have trouble with their side of the relationship.

Every single song has its own signature. “Go Ahead” is a stomping ground of giants, “Valley” is pure whimsy, and “Choir” is a fast-paced violin that drowns Hadreas’ vocals. Perfume Genius has really refined his craft by making his fourth album more of a classical piece than a pop album. It’s energetic, adventurous, and dangerous. It certainly helps that he brought on producer Blake Mills, who also worked on Laura Marling’s Semper Femina, whose imprint of dark atmosphere and heavy instrumental production is very much present. This isn’t to dismiss Hadreas’ contribution, but more to praise how everything, from his performance to the overall production, is just right. No Shape is an emotional collapse of broken pianos and earnest yearning…that’s a compliment. LOVE IT. 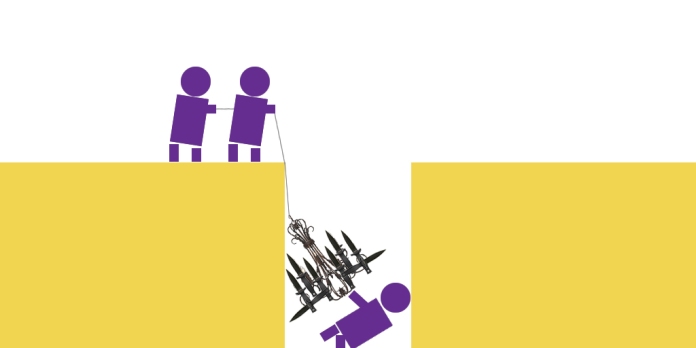 this is colorful monsters’ seventh and official weekly podcast Monster Bunker. in a wasteland 3,000 years into the future, a trio of guys have awaken from their cryogenic sleep in search of food and music. they are completely oblivious to all releases and important cultural moments since the end of 2016. join them as they uncover worthy musical artifacts starting in 2017 and maybe you’ll find them worthy too. In this podcast, they discover “Clear” by No Mana, “Love Is Alive” by Louis The Child, and “Slip Away” by Perfume Genius.